Piedmont’s most important Romanesque complex is to be found amongst the rolling hills and vineyards which surround Asti: this is the abbey of Vezzolano. According to a legend it was founded in 773 Charlemagne who had suffered an epileptic fit while hunting near Albugnano; when he recovered, he ordered an abbey to be built in honour of the Virgin Mary. In the Middle Ages, Vezzolano was powerful and wealthy. Today, it is the Romanesque site which attracts most visitors. On arrival, the Abbey is not immediately visible, and comes as something of a surprise at the end of the path which leads to it through the peaceful green countryside. The sombre bell-tower rises elegantly to the left of the main building in true Romanesque tradition. 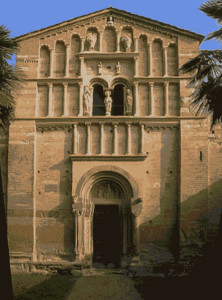 The facade, decorated with capitals and statues, has a beautiful doorway with bas-reliefs. A little further on is the narthex, the typical portico which closes the nave. It is light blue in colour and looks as if it has been enamelled. It is, however, painted on polished limestone. The cloisters can be reached from the church through a small door, and here the visitor finds architectural elements of differing eras as well as frescoes of the thirteenth and fifteenth centuries magnificently preserved through the years.

View all posts by → 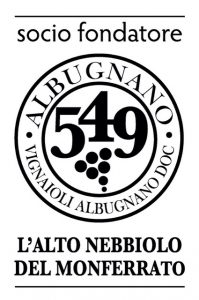 Casa Calcagni was delighted to offer the Montasso wine for the following charity dinners: